She whispers my name at night, filling my dreams with her haunting beauty.

Her tormented amber eyes beg me for something I don’t understand, and her agonizing pain becomes my own.

For years, she’s come to me, calling my name.

For years, I’ve never known who she was.

Wow I don’t know what to say Alex Grayson has done it again, blown me away. I was riveted to this book and I read it in one go and couldn’t put it down.
Luca having those dreams was something that was described so brilliantly, you were there with him.

Jules waking up after being in a coma for 7 years and not remembering your husband or how you got there is so frightening, and portrayed so well.
This is a must read, and I’m not giving anything away. Only to say Luca was hot, I think my imagination conjured a vision was so hot hot. Muscles, piercings in different places.
No I am not putting this enthralling tale down by just talking about muscles. If you like this is a psychological thriller, and you like something different then this a must buy. This is not for the fainthearted even though we have a HEA.

Alex Grayson is the bestselling author of heart pounding, emotionally gripping contemporary romance including The Jaded Series, The Consumed Series, and two standalone novels. Her passion for books was reignited by a gift from her sister-in-law intended to distract Alex and help her pass the time while her husband was away for work. After spending several years as a devoted reader and blogger, Alex decided to write and independently publish her first novel in 2014 (an endeavor that took a little longer than expected). The rest, as they say, is history.

Originally a southern girl, Alex now lives in Ohio with her husband, two children, two cats and dog. She loves the color blue, homemade lasagna, casually browsing real estate, and interacting with her readers. Visit her website, www.alexgraysonbooks.com, or find her on social media! 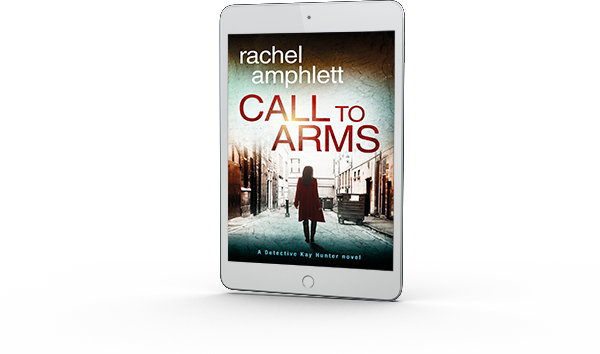 Loyalty has a price.

Kay Hunter has survived a vicious attack at the hands of one of the country’s most evil serial killers.

Returning to work after an enforced absence to recover, she discovers she wasn’t the only victim of that investigation.

DI Devon Sharp remains suspended from duties, and the team is in turmoil.

Determined to prove herself once more and clear his name, Kay undertakes to solve a cold case that links Sharp to his accuser.

But, as she gets closer to the truth, she realises her enquiries could do more harm than good.

Torn between protecting her mentor and finding out the truth, the consequences of Kay’s enquiries will reach far beyond her new role…

Before turning to writing, Rachel Amphlett played guitar in bands, worked as a TV and film extra, dabbled in radio as a presenter and freelance producer for the BBC, and worked in publishing as a sub-editor and editorial assistant.

She now wields a pen instead of a plectrum and writes crime fiction and spy novels, including the Dan Taylor espionage novels and the Detective Kay Hunter series.

Originally from the UK and currently based in Brisbane, Australia, Rachel cites her writing influences as Michael Connelly, Lee Child, and Robert Ludlum. She’s also a huge fan of Peter James, Val McDermid, Robert Crais, Stuart MacBride, and many more.

She’s a member of International Thriller Writers and the Crime Writers Association, with the Italian foreign rights for her debut novel, White Gold sold to Fanucci Editore’s TIMECrime imprint, and the first four books in the Dan Taylor espionage series contracted to Germany’s Luzifer Verlag.

Kay Hunter is finally back at work after her injuries from her last case. After finding out Williamson is corrupt, and was responsible for her injuries. While in prison the allegations he has made against DI Devon Sharp. Her direct boss is on forced leave until Kay can clear him of the allegations .
So we start with Kay working on a 10 year old cold case. The case is of a soldier who is killed in a motorcycle accident. Doubts were raised, but never investigated properly.
This is what appears to be a simple case. Unfortunately the investigation uncovers much more than anyone is expecting. I love a good detective series, and this is a good series. It makes you feel like you are there discovering the clues with them. I really enjoyed this for many reasons. I felt I was in the middle of the story with a huge cast of characters, what always surprises me when I get to the end and there is only one narrator. The other is it finishes to quickly, so I now am waiting for book six

I received this audiobook as part of my participation in a blog tour with Audiobookworm Promotions. The tour is being sponsored by Rachel Amphlett. The gifting of this audiobook did not affect my opinion of it.

2 Girls and A Book